Dublin man Peter Finn is a recognisable face as he is the most regular Builder currently on television! Pete stars in the TV makeover show Home Rescue and he also goes by the nickname ‘Pete The Builder’ on social Media.

Mr Finn is known as a positive representative for the Construction Industry in general. A Carpenter by trade and holds numerous other construction accreditations. Having learned his trade with a small house builder, he moved on to a construction management position in TCD.

The call of site and construction adventure encouraged Pete to open his own construction company that delivered many years of successful projects. Pete then linked up with Mark Flynn to development MDS Construction into one of the premier construction companies in the country. Finn & Flynn is the next step on the road to the top of the construction hierarchy for Pete and Mark.

“It is a very unusual and turbulent market at the moment. People want to get work done on their homes which is the rollover from the pandemic savings due to them not changing their car, going on holidays etc. There is a huge amount of work out there to be done and added to that there is a labour shortage as we lost a lot of the foreign workers due to the pandemic as they returned home to where their economies are starting to match ours,’’ said Peter Finn. 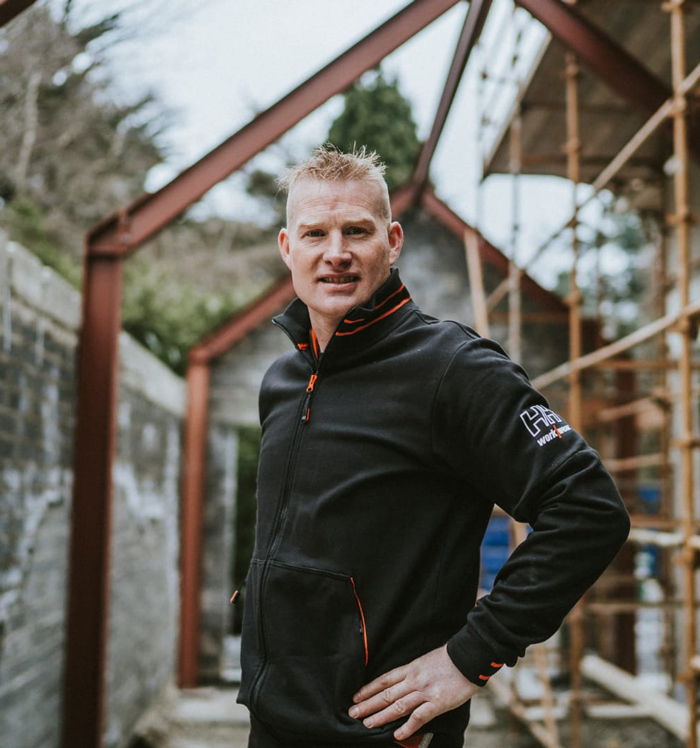 “These people may not get as high a weekly wage back home but they don’t have to pay ridiculous rent fees like they do in Ireland, bearing in mind it is pretty much impossible to rent a place at the moment. This is not helping us as a country to encourage foreign workers to come and work over here.

“The cost of living has massively increased in the last three months, the material costs have been rising for the last 12 months due to the pandemic, the rising cost of transportation and the war in Ukraine which has led to fossil fuel costs going through the roof. It’s a massive melting pot of factors coming in to play despite their being a huge demand for work,’’ added Pete.

“Even pricing a job is very difficult with all of these factors, I have to put a caveat in where I will say this is the price but I can only hold that price for so long as the price of timber and steel are increasing so much. The pricing of materials is unsustainable.

“We also have a lot of grants being pushed out by the SEAI due to the environmental issues that are going on which is going to see a huge push towards people getting retro-fit work done on their homes. In my time in business, I have never come across a time where there are so many things happening in so many different ways and it is very hard to predict when it is ever going to settle. At this moment in time I can’t see work beginning to slow down but I can really see frustration starting to come in to the industry both from a clients point of view as well as workers in the construction industry as we’re sick of seeing constant fluctuations and inconsistency. 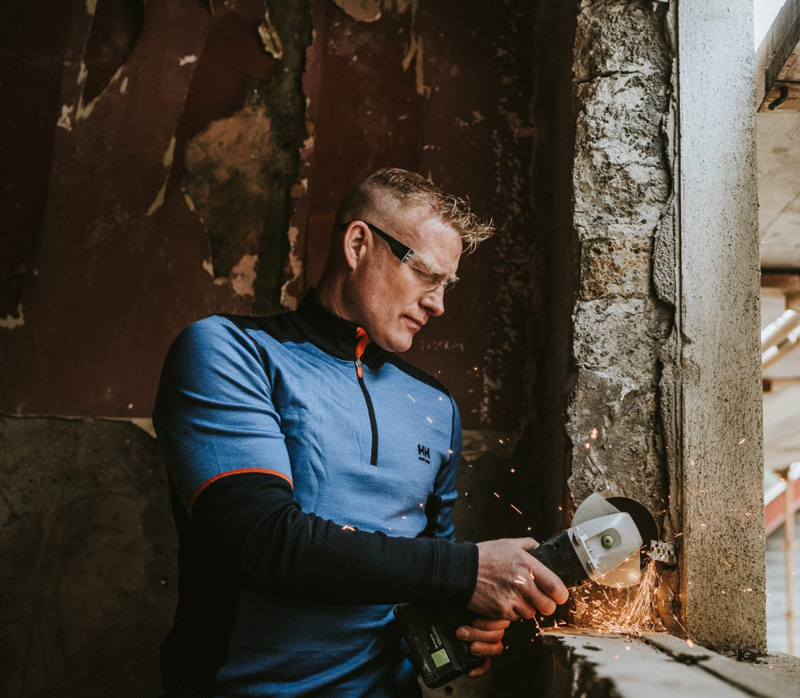 “In construction, no matter what project you do it is always a challenge. You start off with a green field and you end up with a finished project of a house or whatever it is, we always face these challenges in construction and we always adapt. At least we’re in a situation where we have work ahead of us and it is a challenge as to how we’re going to get that work done. We have all lived through a couple of moments where there has been no work and no money coming in and that is definitely a worse situation,’’ he continued.

There have definitely been highs and lows over the years but this is just such an unusual time as it isn’t a boom and it isn’t a bust, it is almost like the two things happening at the same time and it is very hard to predict what is going to happen.

“People are under this illusion that with the price of materials increasing that builders are making a fortune when in fact it is quite the opposite and we are actually losing money. The work that I am doing now was probably priced six months ago and I’m trying my best to hold those prices. If you have a few vehicles on the road and you have a teleporter on site, straightaway costs are increasing due to the price of diesel. Now isn’t the time to be throwing out an average price and you really need to be watching your costs.

You don’t want to be throwing in a price that is crazy high as that isn’t good for anybody but you don’t want to be going in too low either as you will end up being stung and losing on a job which isn’t worth doing the work if you’re not making a profit. It certainly is a time for settled heads and a bit of calmness.

Taking on too much work could be quite dangerous at this point in time as you need to be careful about stretching yourself too thin as you are going to struggle with costs as well as labour. You have to be organised and you have to plan ahead for each project. The less organised you are, the less likely you are to produce a good product.

“I’m involved in a development and we have pre-sold all of the houses and pretty much anytime there is any sort of an increase the profit margin on that development reduces,’’ stated Pete. 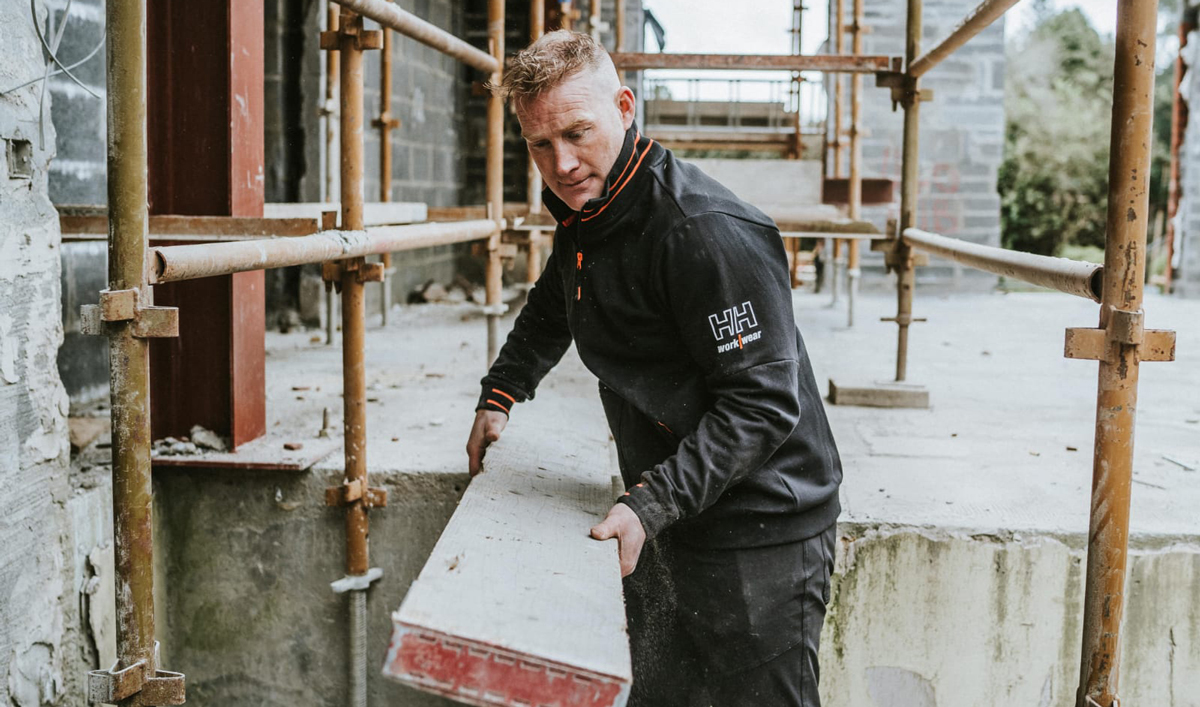 As to his thoughts on how to entice young people towards a career in construction?
“I think the Government needs to look at this and put a push towards construction as times have changed a little bit in terms of where you used to always tell your children to go to college and get a degree. The reality of going to college and getting a degree is that you could be in college for a minimum of six years, you will have to be financed through a loan, parents or a part-time job. It is a tough situation when you are a student even though you are relatively free and wild but when you add in the rent costs that students have to pay now it is nowhere as easy as it used to be.

They will come out of college with a degree and they are starting at the lower end of the scale and it will take them approximately six years so there is automatically 11 years of their lives gone before they get to any sort of a decent wage.

“If you do an apprenticeship the very first day you start, you are getting paid by your employer, you are learning on the job and you are able to work and after a couple of years you are able to do nixers and other jobs outside of your ordinary work. As soon as you are qualified, it is your ticket to travel, you can explore different avenues or even open your own business.

“I have three young daughters and I would have no problem with them working in the construction industry as I can see it is as viable as any industry out there at the moment. There are so many different areas in construction now whereas previously you had to have a trade. The technology increases in construction are off the charts now which has led to many facets for people to approach. I think careers should be pushed up the ranks and it isn’t given enough push at higher levels and that needs to start.

“The Government has huge targets that it has to meet when it comes to the green energy and environmental challenge that we have and they are not going to meet them with the current workforce that we have,’’ concluded Mr Finn.

Steady growth on the horizon for a Galway Business

There is a lot of potential in the Irish market, especially with the growing construction industry.

The Professional Builder Magazine is designed with Builders in mind so we aim to deliver quality informative articles & also some great discounts from top building brands.

We use cookies on our website to give you the most relevant experience by remembering your preferences and repeat visits. By clicking “Accept All”, you consent to the use of ALL the cookies. However, you may visit "Cookie Settings" to provide a controlled consent.
Cookie SettingsAccept All
Manage consent

This website uses cookies to improve your experience while you navigate through the website. Out of these, the cookies that are categorized as necessary are stored on your browser as they are essential for the working of basic functionalities of the website. We also use third-party cookies that help us analyze and understand how you use this website. These cookies will be stored in your browser only with your consent. You also have the option to opt-out of these cookies. But opting out of some of these cookies may affect your browsing experience.
Necessary Always Enabled
Necessary cookies are absolutely essential for the website to function properly. These cookies ensure basic functionalities and security features of the website, anonymously.
Functional
Functional cookies help to perform certain functionalities like sharing the content of the website on social media platforms, collect feedbacks, and other third-party features.
Performance
Performance cookies are used to understand and analyze the key performance indexes of the website which helps in delivering a better user experience for the visitors.
Analytics
Analytical cookies are used to understand how visitors interact with the website. These cookies help provide information on metrics the number of visitors, bounce rate, traffic source, etc.
Advertisement
Advertisement cookies are used to provide visitors with relevant ads and marketing campaigns. These cookies track visitors across websites and collect information to provide customized ads.
Others
Other uncategorized cookies are those that are being analyzed and have not been classified into a category as yet.
SAVE & ACCEPT